VIETNAM ANZACS: Australians and New Zealanders in the Vietnam War 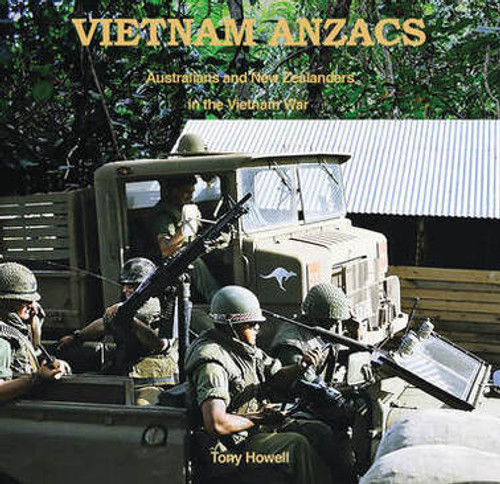 VIETNAM ANZACS: Australians and New Zealanders in the Vietnam War

The Vietnam War was an impossible ask for the Free World forces, given the political restrictions imposed on their conduct. Hanoi’s National Liberation Front had been in place since 1946, controlling the loyalty of the peasants through a combination of political ideology, torture, murder, assassination and abduction. Hanoi’s Tet Offensive launched in 1968 was meant to result in the general uprising of the countryside. This did not happen, and none of Hanoi’s military objectives were achieved. On the political front, however, the West was surprised at the strength and violence of Hanoi’s offensive. What the US military-led forces failed to deal with was the political nature of Hanoi’s struggle. This, together with an inept Saigon Government and poorly-led South Vietnamese armed forces, resulted in a communist victory in 1975.
Within Phuoc Tuy Province and along the Province’s northern borders were D445 VC Battalion, 274 and 275 VC Main Force Regiments and 33 (NVA) Regiment. These Viet Cong and North Vietnamese Army units were well armed, well led and highly motivated. Facing these elite enemy units was the 1st Australian Task Force (1st ATF). Five designated ANZAC battalions passed through 1st ATF from 1968 to 1971 and, within these five battalions, there were nine New Zealand rifle companies.
VIETNAM ANZACS recognises the contribution of our ANZAC battalions during this most unpopular and brutal war. Each ANZAC battalion did its part to seek out and destroy the enemy within the TAOR. They faced the finest VC and NVA Main Force Regiments, battling them in the towns, villages, rubber plantations, jungle and in the M16 mine-infested VC sanctuaries and Secret Zones. The ANZACs courage in these face-to-face encounters was proven time and time again. These soldiers answered their Governments’ call and did their nations proud.
The book is written in the same style as Tony’s first book, Jungle Green Shadows, published by John Douglas Publishing in 2019. There are hundreds of maps, photos and diagrams to help the reader understand the many operations and battles fought in Phuoc Tuy Province and the northern border areas. The book also contains a glossary of terms, a list of those New Zealanders who served there on active service and a list of those who became casualties.
VIETNAM ANZACS is not a glorification of war nor does it seek to make a political statement. It simply tells the story of the ANZAC battalions, and particularly their New Zealand rifle companies, in Vietnam.

Sport and the New Zealanders: A History

The Front Line: Images of New Zealanders in the Second World War

Still Standing: What I've learnt from a life lived differently

A Stick and a Stone

The Edible Backyard: A Practical Guide to Growing Organic Fruit and Vegetables All Year Round

Clare Reilly: Eye of the Calm

Going on a Kiwi Holiday

Out in the Moana