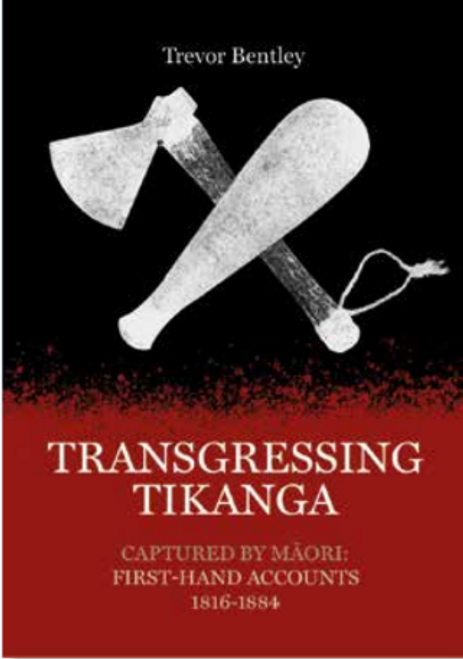 Packed with drama and action, these first-hand accounts tell the compelling stories of Pākehā who were captured by Māori between 1818 and 1884.

Transgressing Tikanga is a collection of 20 first-hand accounts written by Europeans who were captured by Māori between 1816 and 1884. These Pākehā men and women were seized when they either committed blatant acts of aggression or unknowingly transgressed tikanga Māori (customary law), for which utu was required. These captivity narratives are packed with drama and action, and are not always easy reading, but they create a vivid picture of nineteenth-century interactions between Māori and Pākehā. They provide a rich insight into early Māori life, including the principals of captivity and utu, social order, religious practices, everyday customs, and the conduct of warfare.

With notes that give detailed historical context, Transgressing Tikanga makes an important contribution to understanding the cross-cultural tensions from which contemporary New Zealand society has emerged.

My First Words in Maori