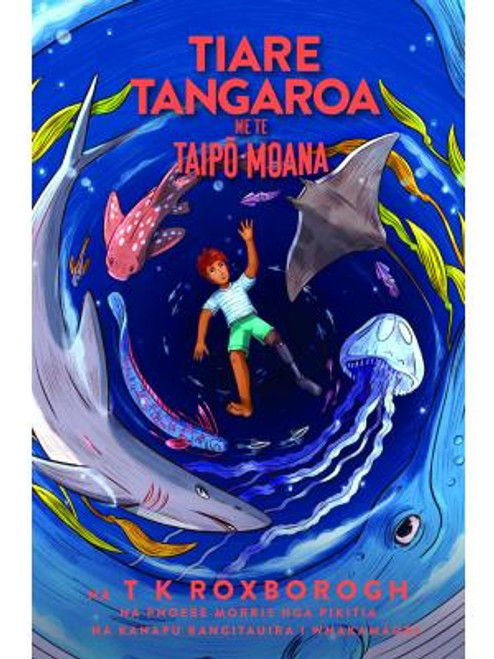 On a beach clean-up, thirteen-year-old one-legged Charlie and his brother, Robbie, find a ponaturi - a mermaid - washed up on a beach. An ancient grudge between the Maori gods Tane and Tangaroa has flared up because a port being built in the bay is polluting the ocean and creatures are fleeing the sea. This has reignited anger between the gods, which breaks out in storms, earthquakes and huge seas. The human world and realm of the gods are thrown into chaos. The ponaturi believes Charlie is the only one who can stop the destruction because his stump is a sign that he straddles both worlds. So begins Charlie's journey to find a way to reunite the gods, realise the power in the ancient songs his grandfather taught him and discover why he is the one for the task.

Te Koroua me te Moana (The Old Man and the Sea)

I Waho, i te Moana