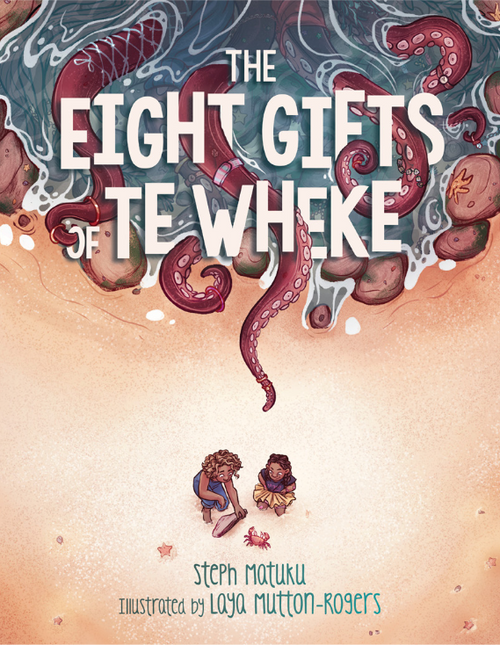 Tamati and his little sister, Aria, are playing on the beach when Aria hurts herself and can’t stop crying. Te Wheke, an octopus, hears her and says he can help. But he tricks Tamati by throwing him a gold coin and a shiny pearl, and while both Tamati’s hands are full, he snatches Aria. To save his sister, Tamati devises a plan to give the octopus eight gifts – one for each of its arms – so that he is forced to let go of Aria to hold them all. With the last gift, though, he tricks the octopus, throwing a snare that wraps around its body, and Tamati, Aria and Mum capture Te Wheke.

Too Much Money: How Wealth Disparities Are Unbalancing Aotearoa New Zealand

My Mum is Queen of the Road