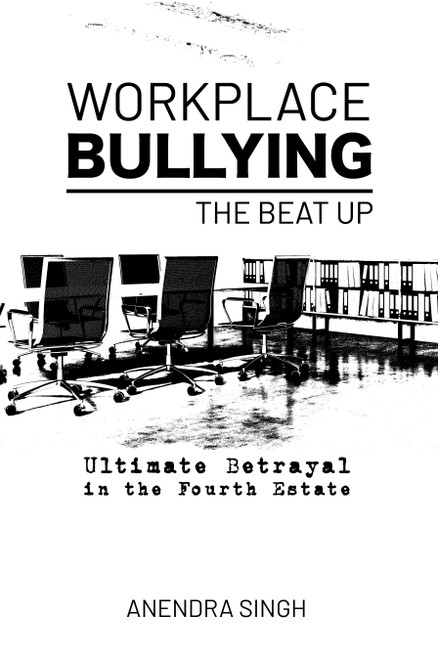 I end my career to help collar the boss from hell.

It is coercion in the New Zealand workplace. Nothing unusual about that, you may say, but it's not just any workplace. This is the media industry.

Having stared down the barrel of AK-47 rifles in the Fiji military coups, journalist Agnes Whippy emigrated to New Zealand to keep her career alive.

Three decades on, the advocate of uncompromising journalism reveals how precarious the Fourth Estate foundations can be.

A historic newsroom coup forces editor-from-hell Bradman Brown to walk the plank but the monster is no anomaly. He is part of the corporate skulduggery to stay viable. Bullying is rife, homophobia rampant, sexual harassment is rendered a joke, nepotism reigns and sick staff are stalked.

Scribes contemplate suicide. Alcohol and even crystal meth become their poison to escape harassment. Heart attack, stroke and cancer take their toll. Age is no barrier as staff choke back tears when editorial heavies reach for verbal knuckle dusters to address hiccups. Jeopardising careers in an incestuous fishpond is no option so some flee.

Free from the shackles of cyber slavery due to Covid-19, Agnes finds the media industry is part of why New Zealand was voted the number two bullying nation in 2016. She retraces her career path from Fiji, reliving the highs and lows while helping raise a young family with her husband, Vijay. Agnes hopes the media landscape will be salvaged in time for the younger generation of scribes to experience the passion and enjoyment she once did.

Hard-hitting and uncompromising, but with a big heart at its core, Anendra Singh's debut novel delves deep into a side of the media workplace that until now has been living in the shadows, while offering a refreshing perspective on the ongoing effects of the pandemic in Aotearoa.

The author is donating a percentage of the sale price to Allan Halse, director of CultureSafe NZ based in Hamilton.

Being a Distance Grandparent: A Book for ALL Generations

The Only Living Lady Parachutist

The World Within Women