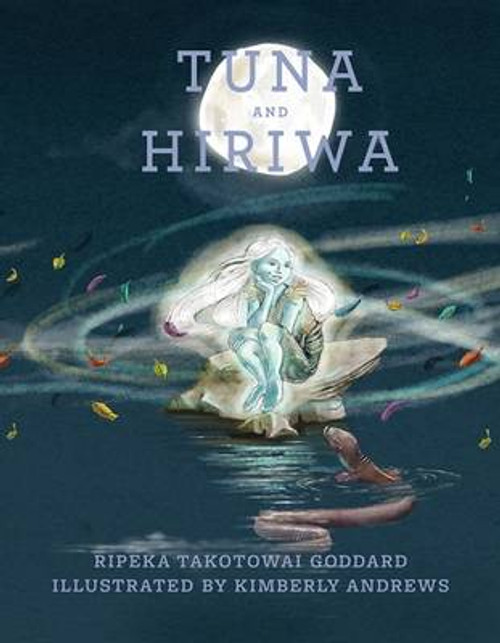 This picture book tells the story of how the tuna got its silver belly but forever had to live in the dark depths of the river.

Tuna is in awe of a nymph, Hiriwa, that glows and dances along the river bank in the moonlight. Night after night he meets the nymph and basks in the moonlight, hoping that he will also glow, but he remains the same. Disappointed, he hatches a plan to take the nymph's light. But the moon sees what Tuna does, and in her anger, she prevents Tuna from swimming in her moonlight ever again.

Nanny Mihi and the Rainbow

Together in Love A Legend of Matariki