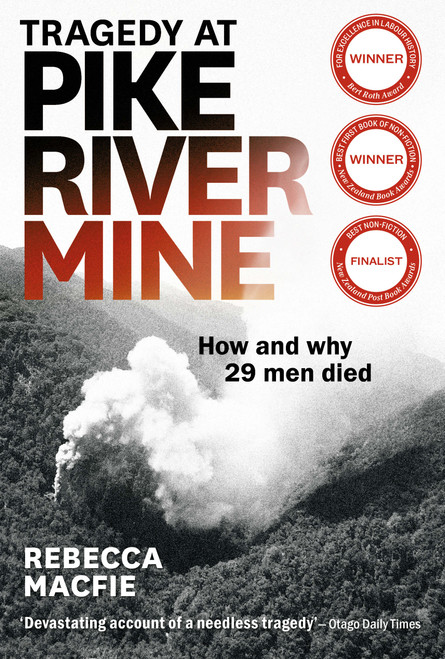 On a sunny afternoon in November 2010, a massive explosion rocked the underground Pike River coal mine, deep in a mountain range in New Zealand's South Island. More than an hour and a half later, two ashen men stumbled from the mine's entrance to report that 29 men remained trapped inside. Samples revealed extremely high levels of carbon monoxide in the mine and the presence of fire. For five agonizing days the men's families and friends waited and prayed until, after a second violent blast, all hope was extinguished.

Tragedy at Pike River Mine is a dramatic, suspenseful account of a disaster that shook the nation-and the world. Pike River was no ordinary mine. It had been touted by the company and by government ministers as a showcase of modern mining. Shares in the company had been rapidly taken up by investors, swept away by predictions of extraordinary returns. Beneath the hype, though, lay mismanagement, mistakes and willful blindness that would cost men their lives. Based on extensive research and more than a hundred interviews, this powerful book provides chilling insights into the causes of the tragedy and puts a human face on the people who suffered.

Song of the River