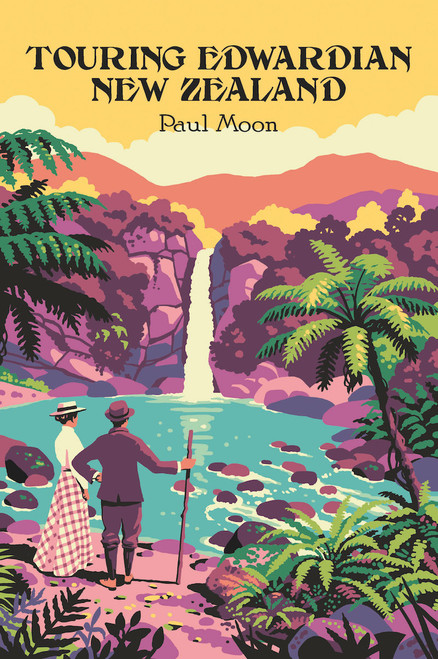 The Edwardian era (1901-14) was fleeting but significant, perhaps nowhere more so than in Aotearoa New Zealand. At the turn of the twentieth century, many British regarded New Zealand as 'the Britain of the South Seas'. Tourist promotions created an idealised impression of a country that was partly a civilised society, and partly somewhere to get away from the rat-race of The Big Smoke and explore the wild, untouched beauty of nature. The country also offered an insight into Te Ao Maori, an exotic drawcard for European travellers. In 1902, the travel agency Thomas Cook published a guide for tourists seeking to explore the wilds of Aotearoa. This remarkable volume, New Zealand as a Tourist and Health Resort, provides a rare insight into this country's Edwardian past, the burgeoning mass-market tourism industry and the exotification of Aotearoa and its original inhabitants, Maori. Tracing the routes Edwardian tourists travelled, taking in attractions such as the Franz Josef Glacier, Huka Falls and the boiling mud pools of Ohinemutu, Touring Edwardian New Zealand reveals a fascinating portrait of a country shrugging off its colonial vestiges, and establishing a new identity.

Death and Dying in New Zealand

Dragonflies and Damselflies of New Zealand