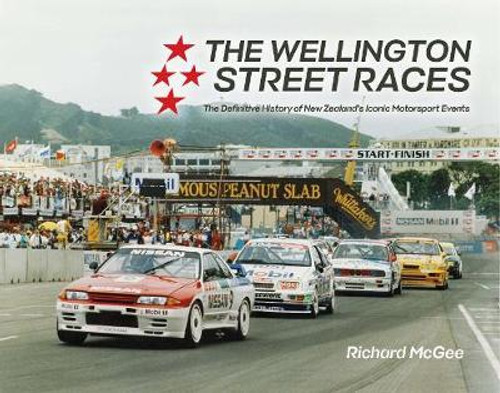 The Wellington Street Races ran on one of the most challenging and demanding circuits in the world. Between 1985 and 1996, the races brought some of the world's top teams and drivers to New Zealand. They also played a major role in the development of the Wellington waterfront as a public space. The race track ran through central Wellington streets and along the edge of the waterfront. The races were dramatic and attracted huge crowds. They also kickstarted Wellington becoming New Zealand's events Capital. Organised and run by a small group of passionate and professional sports marketers, the street races served as the blueprint for the first World Touring Car Championship - a unique series that saw events take place in 10 different countries in 1987.

This is the first time that all of the stories about the creation - and the ultimate demise - of the Wellington Street Races have been brought together, along with photos and race information that all motorsport and sports fans will enjoy.

Charlie Tangaroa and the Creature From the Sea

There's a Weta on my Sweater