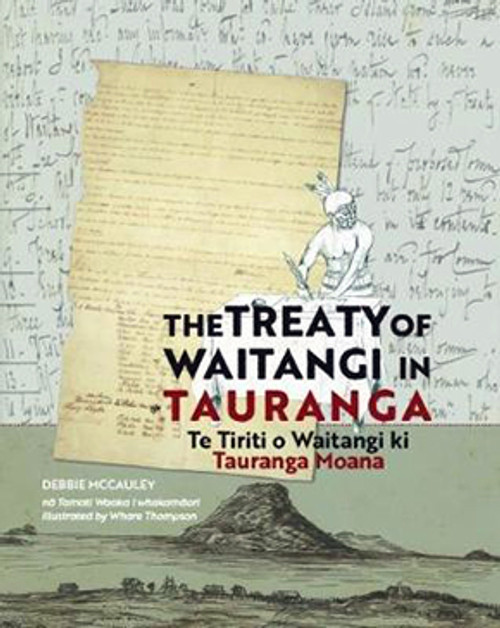 The story of Te Tiriti o Waitangi in Tauranga is a fascinating one, told for the first time in this bilingual picture book. The document arrived in Tauranga after many years of violence and bloodshed had decimated the local population. Just days before the Treaty’s arrival, a Tauranga chief was tricked into attending peace talks before being murdered and eaten. Not all the chiefs of Tauranga Moana signed the Treaty; those who didn’t wanted to govern themselves, those who did were looking for protection against their enemies. However, just two years after the signings, three Tauranga Treaty signatories were murdered and eaten in what was one of the last cannibal feasts near Tauranga.

The Story of a Treaty

Treaty on the Ground