The Rise and Fall of James Busby 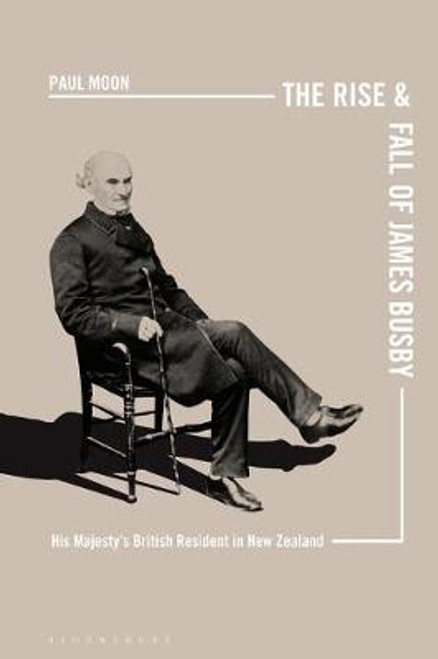 The Rise and Fall of James Busby

One of the British Empire's most troubling colonial exports in the 19th-century, James Busby is known as the father of the Australian wine industry, the author of New Zealand's Declaration of Independence and a central figure in the early history of independent New Zealand as its British Resident from 1833 to 1840.

Officially the man on the ground for the British government in the volatile society of New Zealand in the 1830s, Busby endeavoured to create his own parliament and act independently of his superiors in London. This put him on a collision course with the British Government, and ultimately destroyed his career. With a reputation as an inept, conceited and increasingly embittered person, this caricature of Busby's character has slipped into the historical bloodstream where it remains to the present day.

This book draws on an extensive range of previously-unused archival records to reconstruct Busby's life in much more intimate form, and exposes the back-room plotting that ultimately destroyed his plans for New Zealand. It will alter the way that Britain's colonisation of New Zealand is understood, and will leave readers with an appreciation of how individuals, more than policies, shaped the Empire and its rule.

Rise of the To’a!

Dark Side of the Brain: Adapting to Adversity

Te Ika a Maui (The Fish of Maui)

Mallory, Mallory: The Revenge of the Tooth Fairy

Simply Parenting: From 12 Weeks to 12 Months