The Photo on the Wall: The Search for a Missing WWII Airman 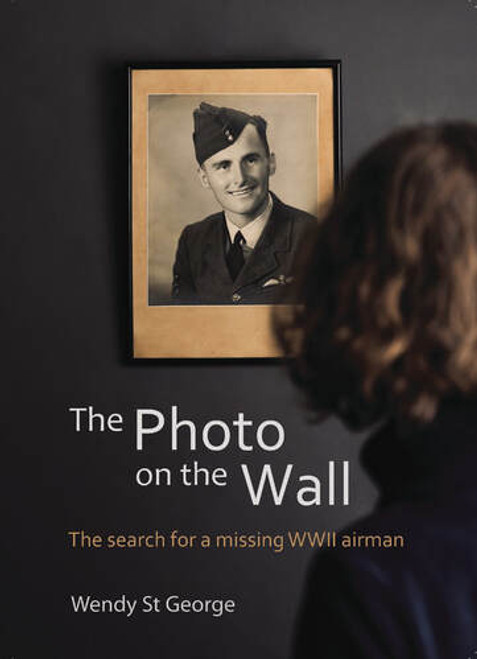 The Photo on the Wall: The Search for a Missing WWII Airman

Like many of her generation, Wendy St George grew up with an awareness that her Taranaki family had lost someone in World War Two. Her uncle Ted Saywell was never talked about but his photo was on the wall and she began to get curious about the RNZAF bomber pilot who never came home. Internet searches led to email exchanges with people on the other side of the world as she tried to find out where Ted and his crew had died and where they were buried. She tracked down the lone survivor, RAF flight sergeant Ron Wisson, who had ended the war in a German POW camp, and their online relationship grew as they followed leads, sourced maps and records and shared the ups and downs of their search for answers. Their emails, and those of others involved in the hunt for the missing Handley Page Halifax MkII bomber shot down in the Aachen raid over Germany on 14 July 1943, form much of the narrative in this book. The author's cheerful, 'Hello Ron', the gradual sharing of personal stories, the battle to get documents released, the involvement of a group of Dutch planehunters and their final dramatic discoveries in a field in Leuth, make for fascinating reading.

Search for a Kiwi Killer

Gone : A Search for What Remains of the World's Extinct Creatures

Tupaia, Isaac and Cook: The Search for the 'Great South Land'

How to be a Bad Muslim and Other Essays

Pocket Money and Other Stories