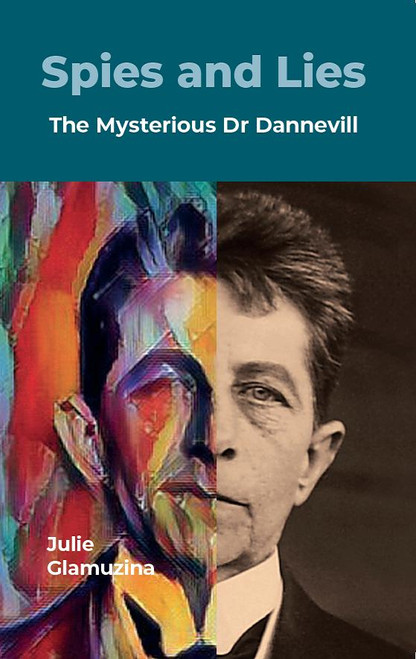 Hjilmar Dannevill travelled the world in the late nineteenth and early twentieth centuries, sometimes using aliases, sometimes disguised as a male, and claiming to be researching venereal diseases on behalf of a wealthy Austrian businessman. She arrived in New Zealand in 1911 and falsely presented herself as a qualified medical professional while helping to set up a private health home run by women. In the hostile anti-foreigner environment of World War 1, doubts about her sex, identity, qualifications and motivations, as well as suspicions about her relationships with women, drew the attention of police and military authorities. In May 1917, although she tried to defend herself, she was declared a German spy and imprisoned. Like many other women who formed transnational networks stretching across Europe, Asia, the Americas and the Pacific to New Zealand, in defiance of sex-role stereotypes, Dannevill pursued life, work and female relationships around the globe. According to the authorities she was ‘a thorough humbug and fraud’ and ‘just the sort of person who would take up such a job as a political spy or pimp.’ But who was Hjilmar Dannevill? Why did she lie? Why was she persecuted? Was she a spy?

Where the Truth Lies