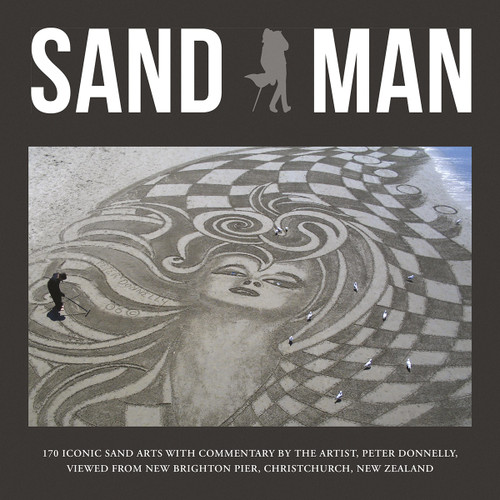 Peter Donnelly’s 17-year career of drawing artworks in the sand at New Brighton drew wide acclaim and enthusiastic audiences from Christchurch and around the world. His sand arts have featured in newspapers, magazines, advertising campaigns, (Phil) ‘Keoghan’s Heroes’ on CBS, and a number of brilliant short films, including Valerie Young’s award-winning ‘Sand Dancer’, ‘Sand Man’ by Peter Young of Fisheye Films and ‘Washed Up’ by the New Zealand Broadcasting School, which documented his final sand art, No. 1180, in June 2014. Peter also appeared in ‘Billy Connolly’s World Tour of New Zealand’ in 2004 – a huge honour for him. He has done many commissioned works over the years, ranging from engagements to funerals, and has championed local and international causes through his sand art, especially concerning the environment.

One Heart One Spade

Keep in a Cool Place: The First Winter at Vanda Station, Antarctica

Pests and Pestilence: The Management of Invasive Species, Pests and Disease in New Zealand

Yes, Minister: An Insider's Account of the John Key years

Pike River: The Crime and Cover Up

Life in the Shallows: The wetlands of Aotearoa New Zealand