Reconstructing Faces: The Art and Wartime Surgery of Gillies, Pickerill, McIndoe and Mowlem 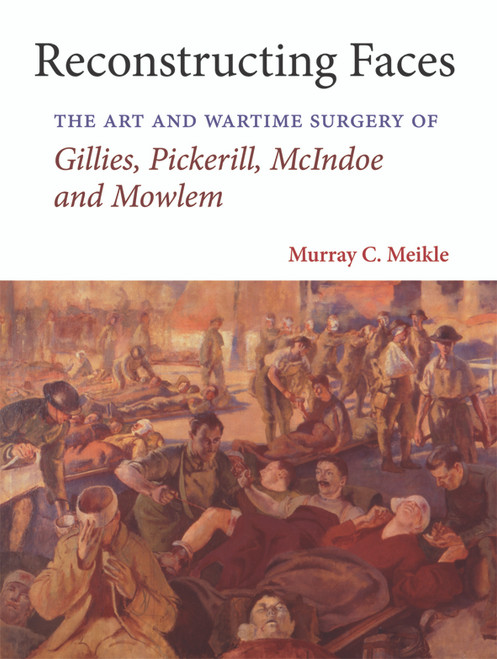 Reconstructing Faces: The Art and Wartime Surgery of Gillies, Pickerill, McIndoe and Mowlem

The two world wars played an important role in the evolution of plastic and maxillofacial surgery in the first half of the 20th century. This book is about four of the key figures involved. Sir Harold Gillies and Sir Archibald McIndoe were born in Dunedin; McIndoe and Rainsford Mowlem studied medicine at the University of Otago Medical School, and Henry Pickerill was foundation Dean of the University of Otago Dental School. The author describes how these surgeons revolutionised plastic surgery and the treatment of facial trauma, working on soldiers, fighter pilots and civilians disfigured by bombs, shrapnel and burns. Eventually Gillies et al. were supported by a vast surgical enterprise that included surgeons, dentists, anaesthetists, artists and photographers, nurses and orderlies. The text is fully illustrated with photos, drawings and case notes by the surgeons and war artists at military hospitals at Boulogne-sur-Mer, Aldershot and Sidcup in WWI and civilian hospitals at East Grinstead, Basingstoke and Hill End in WWII. The book includes a DVD of Rainsford Mowlem performing a variety of plastic operations. This book is a must for anyone interested in the history of medicine and the treatment of casualties in World Wars I and II.

The Art of Simple

Nurture: The Art of Parenting

Me, According to the History of Art

The Art of Words

The Life and Art of Lynley Dodd

A Sky of Wretched Shells

Every Home Should Have One!