Mihaia: The Prophet Rua Kenana and His Community at Maungapohatu 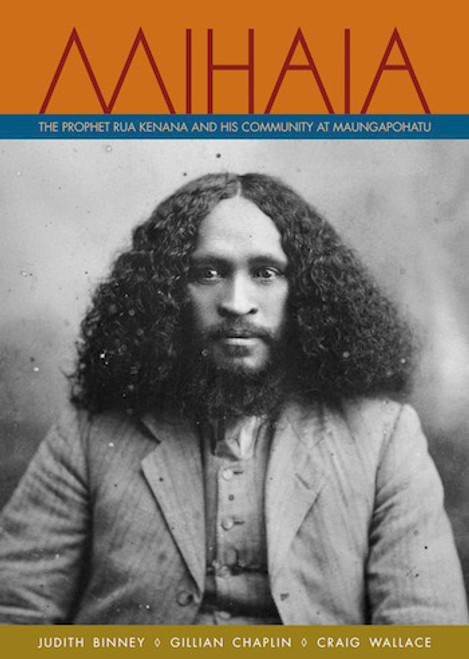 Mihaia: The Prophet Rua Kenana and His Community at Maungapohatu

Rua Kenana was an extraordinary prophetic leader from the Urewera. Resisting threats to expel the Tuhoe people from their ancestral lands, he established a remarkable community at Maungapohatu, identifying himself as the 'Mihaia' or 'Messiah' for Tuhoe. Judith Binney, Gillian Chaplin and Craig Wallace researched the history of the community in the 1970s, working first with a collection of photographs that they took to the Urewera. Sharing these photographs with descendants of Rua and his followers, they found that 'strangers opened their hearts to us, and shared their stories'.

This biographical account focuses on a dramatic moment in Urewera history, one that incorporated a shocking episode in early twentieth-century New Zealand. The rich photographic record documents not only the police assault on the Maungapohatu community but also the lives of the people and Rua's utopian vision. The prophet lived into the 1930s, a leader still working to support and sustain his followers. Described on publication as 'an unparalleled record of a community through time', this remarkable history has been in demand since first publication by Oxford University Press in 1979.

Enough: A Story About Community

When Darkness Stays: Hohepa Kereopa and a Tuhoe Oral History

The Recreationalists- Intrepid Kiwis and Their Campers