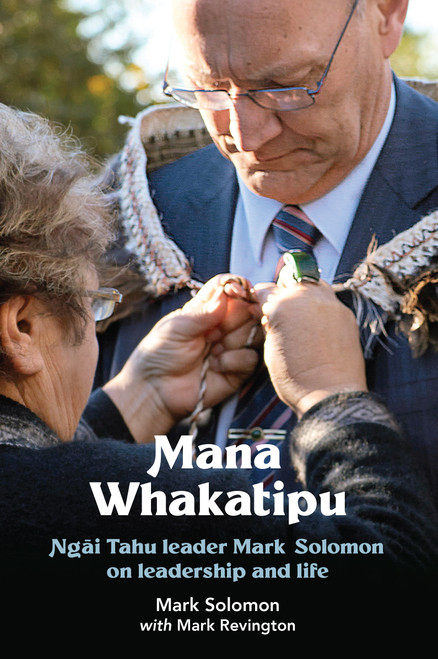 In 1998, just as South Island iwi Ngai Tahu was about to sign its Treaty of Waitangi settlement with the government - justice of sorts after seven generations of seeking redress - a former foundryman stepped into the pivotal role of kaiwhakahaere or chair of Te Runanga o Ngai Tahu, the tribal council of Ngai Tahu, Mark Solomon stood at the head of his iwi at a pivotal moment and can be credited with the astute stewardship of the settlement that has today made Ngai Tahu a major player in the economy and given it long sought-after self determination for the affairs of its own people. Bold, energetic and visionary, for 18 years Solomon forged a courageous and determined course, bringing a uniquely Maori approach to a range of issues. Now, in this direct memoir, Ta Mark reflects on his life, on the people who influenced him, on what it means to lead, and on the future for both Ngai Tahu and Aotearoa New Zealand.