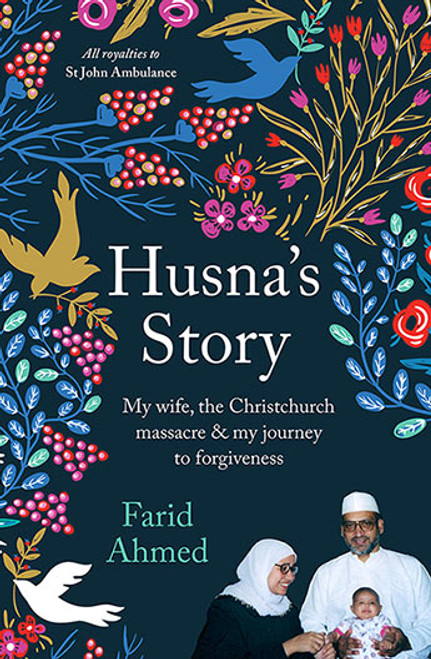 Husna's Story is written by Husna's husband Farid Ahmed. They were praying at El Noor Mosque in Christchurch when a gunman burst in and shot and killed 51 people and injured many others in a terrorist attack. This book tells Husna's story, describing the day of the attack - in all of its normal, mundane detail up until the tragedy, and then the horrendous tragedy of what followed.

Interwoven with this is the story of Husna's life, telling of the selflessness and bravery with which she lived her life. As well as looking after her paraplegic husband, Husna was an important member of the community, helping women when they were giving birth, running classes for children and helping many others. Her last selfless act was going back into the mosque to look for her husband on that fateful day. She had already led the other women and children to safety. Tragically she was shot.

Husna's husband, Farid Ahmed, quite incredibly, forgives the alleged killer. His remarkable philosophy of forgiveness, peace and love is an example of how religion and faith, through personal application, can be a tool for navigating the most horrific of tragedies.

The Story of a Treaty

Tiny Pieces of Us

All Those Who Live on Islands

Fa'afisi's Turn: A Story from Samoa