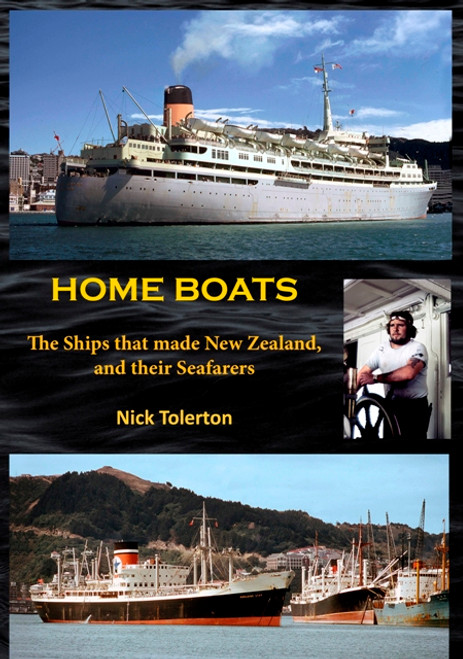 The story of the magnificent passenger and cargo ships that made New Zealand – and the colourful characters who manned them. Masters, engineers, deck officers, radio operators, seamen, cadets, shore staff and passengers talked to maritime historian Nick Tolerton for this brilliantly illustrated book, full of salty tales of adventures at sea and ashore, war, storms, smuggling, eccentric characters, and fun and misadventures in port. Special features include harrowing excerpts from the previously unpublished diary of a passenger on New Zealand’s worst immigrant ship on which 44 people died on the voyage to New Zealand and the recollections of New Zealand’s last Cape Horner. This fascinating story of the golden age of seafaring is complemented by 400 photographs, most of them previously unpublished.

Whose Home Is This?

We've Got a Boat

Alpine Thunder: When the KB Class Rules the Midland Line