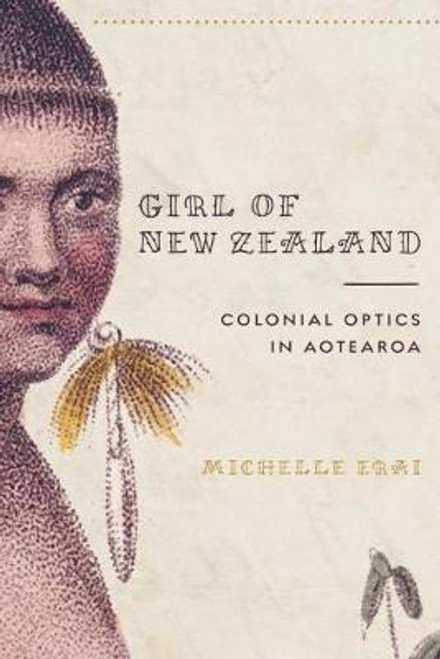 Girl of New Zealand presents a nuanced insight into the way violence and colonial attitudes shaped the representation of Maori women and girls. Michelle Erai examines more than thirty images of Maori women alongside the records of early missionaries and settlers in Aotearoa, as well as comments by archivists and librarians, to shed light on how race, gender, and sexuality have been ascribed to particular bodies.

Viewed through Maori, feminist, queer, and film theories, Erai show how photographs such as Girl of New Zealand (1793) and later photographs, cartoons, and travel advertising created and deployed a colonial optic. Girl of New Zealand reveals how the phantasm of the Maori woman has shown up in historical images, how such images shape our imagination, and how impossible it has become to maintain the delusion of the 'innocent eye.' Erai argues that the process of ascribing race, gender, sexuality, and class to imagined bodies can itself be a kind of violence.

In the wake of the Me Too movement and other feminist projects, Erai's timely analysis speaks to the historical foundations of negative attitudes toward Indigenous Maori women in the eyes of colonial 'others' - outsiders from elsewhere who reflected their own desires and fears in their representations of the Indigenous inhabitants of Aotearoa, New Zealand. Erai resurrects Maori women from objectification and locates them firmly within Maori whanau and communities.