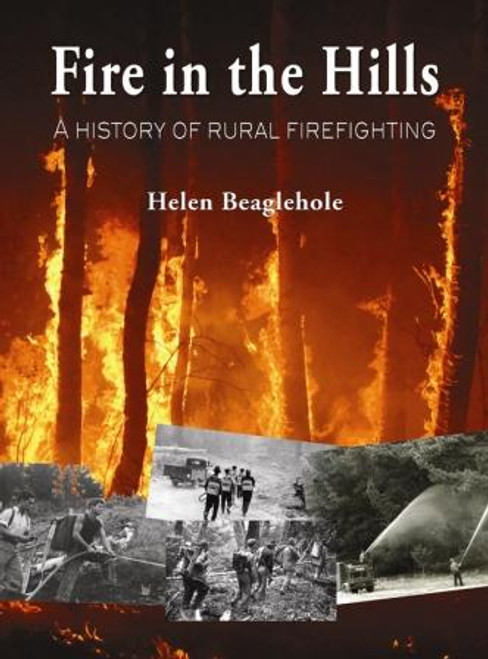 Over six to seven hundred years, Maori burned about one third of New Zealand’s ground cover. In the following 70 years, and at a devastating rate, European settlers burned about another third as they cleared and ‘improved’ the land. All too frequently, burn-offs became uncontrollable conflagrations that swept through thousands of hectares, destroying cattle, fences, homes and livelihoods, and burning mills and much-needed timber. Townsfolk, blanketed in dense, acrid smoke needed lights at midday; ships, unable to pick up landmarks, sat marooned in harbour – yet the burning, as in other frontier societies, remained unabated and largely unquestioned.

It is against that background that Helen Beaglehole sets the fascinating and previously unexplored history of how settlers’ random and careless burning led, in 1921, to legislation that still underpins New Zealand’s official policy on wildfire. She explores the huge public education campaign that sought to convince all sectors of the public that mindless burning had to be restrained, and traces how increasingly sophisticated fire-fighting technologies, coupled with developing knowledge of weather and fire behaviour, were used to prevent, contain and extinguish fire.

Finally she looks at the early Forest Service employees who in effect became the nation’s first rural firefighters, their skills honed in the vast controlled burns of the 1960s, ’70s and ’80s, and describes the regime established after the Service’s demise and the issues faced today. As with Helen Beaglehole’s two books on New Zealand’s lighthouses and lighthouse keeping, Fire in the Hills is grounded in detailed and extensive research. Information from historical records is incorporated with material from interviews with past and present rural firefighters and administrators, bringing vividly to light the times, the people and the problems they faced. Some 200 photographs further broaden our historical understanding.

The Ghosts on the Hill

Blood of the Flax