By The Green of The Spring 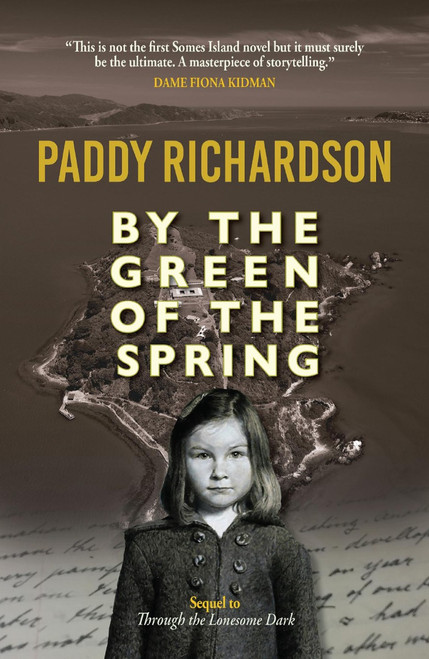 By The Green of The Spring

Otto Bader, Pansy Williams and Clem Bright live in the small mining town of Blackball on the West Coast, shaped by stories and the dream of a better, more equal society to come. But the First World War erupts and Otto, being of German descent, is torn from his family and the love of his life, Pansy, to endure the war interned as an enemy alien on Somes Island in Wellington Harbour. His suffering with the other internees, the culture of brutality and abuse of power by those in charge, is both chilling and truthful, and all the more poignant by taking place within sight of the capital city. Both his present and his future appear to be stolen from him. Pansy, pregnant, marries good, kind Clem, who then betrays his socialist principles by enlisting. Love, loss and abandonment haunt both Otto and Pansy, with reverberations far into the future. Lena is their child. Spirited, clever and perceptive, she tells her own story of growing up in the close-knit Bright family and the changes that occur when Clem returns from the war damaged both physically and psychologically. Lena’s journey to adulthood is beautifully por-trayed as she observes the people who make up her family and develops into an educated and creative young woman. Blackball is where she belongs and it is the place she recalls when she paints her memories. By the Green of the Spring is the gripping story of lives changed forever by war, the hurts suffered, the losses borne, and the secrets kept, yet it is also the story of the capacity of the human spirit to endure, to hope and to love.

The Hundred Years' War: All Blacks vs Springboks

Hold the Line: The Springbok Tour of '81, a Family, a Love Affair, a Nation at War

He Puna Iti i te Ao Marama: A Little Spring in the World of Light

Ko wai kei te papa tākaro? Who is at the playground?