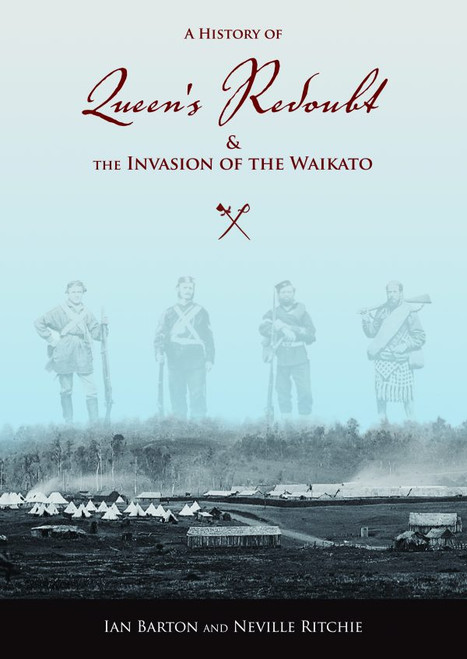 On 12 July 1863, British and colonial troops under the command of Lt. Gen. Duncan Cameron crossed Mangatawhiri stream, Waikato Maori's northern border, instigating the Waikato War. In order to do so they had amassed a vast infrastructure that included building the Great South Road (the 'Road to War'), establishing a military supply train capable of providing for the needs of 6,000 soldiers, erecting a telegraph service between Auckland and Pokeno, forming a navy of armoured gunboats on the Waikato River, and constructing the second largest military fort built by the British Army in New Zealand: The Queen's Redoubt. At the height of the invasion, some 14,000 British and colonial troops contested the Waikato against Maori forces which never exceeded 3000. The Waikato was occupied from July 1863 to April 1864, followed by massive land confiscations. This book tells the story of the Redoubt, and the buildup of military power along the Waikato border, which led directly to the most significant campaign of the New Zealand Wars, the invasion of the Waikato.

When Running Made History