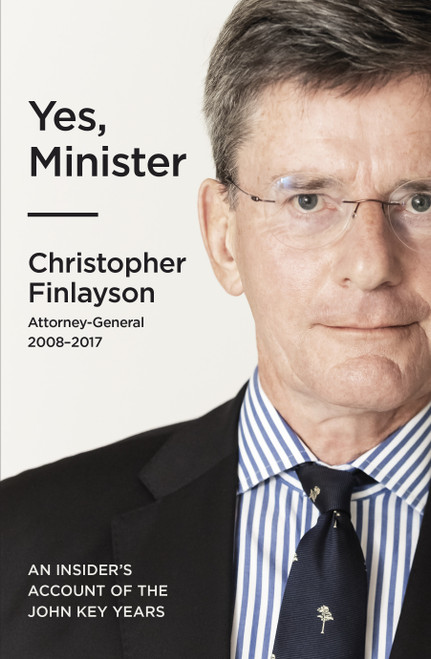 An insightful and entertaining glimpse into what really made the John Key government one of the most successful conservative governments New Zealand has ever seen.
Christopher Finlayson is a lawyer and was a senior minister in the John Key-led National government, serving as Attorney-General, Minister for Treaty of Waitangi Negotiations, and Minister of Arts, Culture and Heritage, as well as the Minister responsible for the Government Communications Security Bureau and Minister in Charge of the New Zealand Security Intelligence Service, New Zealand's two main intelligence agencies.

From Chris's early years and time as a lawyer before entering politics - where he spent years fighting for Ng?i?Tahu, pursuing its treaty claims through a series of high-profile court battles - to entering politics and becoming one of the most senior members of the Key National government, The Inner Circle: Memoir of an Attorney-General reveals the inner workings of what it was like to be at the centre of power in New Zealand, and shines a light on the real John Key.

Chris reveals what Key was really like as prime minster: utterly effective and utterly ruthless when needed.

Told with Chris's trademark good humour and wit, this is a thoroughly entertaining and perceptive book, as well as a substantial record of one of the most successful conservative governments in New Zealand.