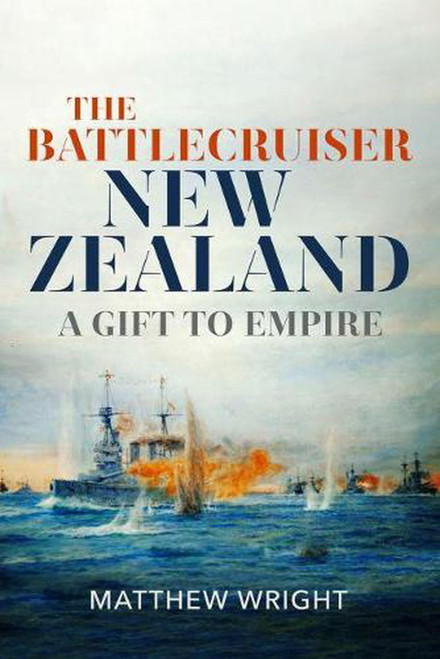 This book tells the story of HMS New Zealand , a battlecruiser paid for by the people of New Zealand in 1909, and when Japan was perceived as a threat in Australasia and the Pacific. Born of the collision between New Zealand's patriotic dreams and European politics, the tale of HMS New Zealand is further wrapped in the turbulent power-plays at the Admiralty in the years leading up to the World War I, not least because her design was already obsolescent when she was built. Nevertheless, she went on to have a distinguished World War I career when she was present in all three major naval battles--Heligoland, Dogger Bank, and Jutland--in the North Sea. The book outlines the politics, the engineering issues, and provides a fast-paced account of the ship's career through official documents, eyewitness accounts of her crew and other period documentation, including reports of her dockings and modifications. All this is inter-woven with the human and social context to create a 'biography' of the ship as an expression of human endeavor, engineering, and action, and it is presented in significantly more detail than the summaries available in prior accounts.

Politics in a Pandemic: Jacinda Ardern and New Zealand's 2020 Election