Savaged to Suit: Maori and Cartooning in New Zealand 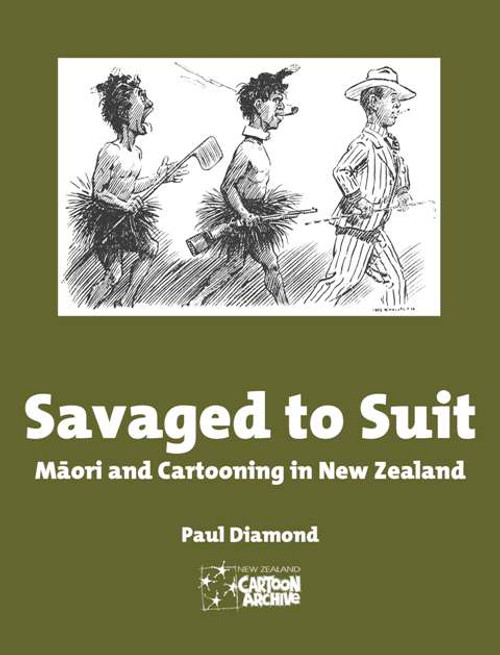 Savaged to Suit: Maori and Cartooning in New Zealand

A pioneering study by Paul Diamond. In the earliest cartoons featuring Māori, they appeared as fearsome savages; today they are likely to be drawn in corporate-world suits.

The book concentrates on the period from the 1930s to the 1990s, but also looks back to the first cartoons showing Māori and includes 21st century images.Savaged to Suit looks at how Māori and Māori culture and life were seen by cartoonists in a succession of stereotypes over many decades of changing perceptions and attitudes.

The book considers how these stereotypes criticised Māori and their culture – sometimes savagely – to 'suit' cartoonists' agendas. Chapters deal with cultural practices, material culture, Māori language, politics, the Treaty of Waitangi,Māori in time of war, and the significance of sport. Paul Diamond also looks at the work and approaches taken by the small number of Māori cartoonists.

The book features 250 cartoons – the first ever collection that captures the attitudes and feelings of each period and underlines the importance of editorial cartoons as valuable historical sources.

Mana From Heaven: A Century of Maori Prophets in New Zealand