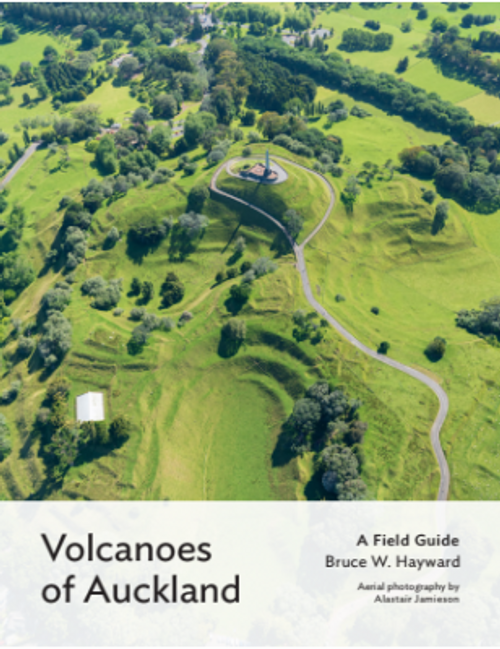 A fully illustrated field guide for Aucklanders and visitors to take with them out among the volcanoes that shape the city/or when visiting the city’s volcanoes. Volcanoes of Auckland is a handy field guide to the fiery natural world that so deeply shapes New Zealand’s largest city – from Rangitoto to One Tree Hill, Lake Pupuke to Orakei Basin.

For tens of thousands of years, volcanoes have profoundly shaped the area’s geology and geography. And for hundreds of years, volcanoes have played a key part in the lives of Maori and Pakeha – as sites for pa, kumara gardens or twentieth-century military fortifications, as sources of stone and water, and now as parks and reserves for all to enjoy.

In a new format designed for taking up Auckland’s volcanoes (and including three newly recognised craters), the field guide features:

• accessible introduction to the science of eruptions, including dating and the next eruption
• a history of Maori and Pakeha uses of the volcanoes
• an illustrated guide to each of Auckland’s 53 volcanoes, including where to go and what to do
• aerial photography, maps and historic photographs – over 400 illustrations, 80% of them new.
This field guide will help readers engage afresh with the history, geography and geology of Auckland’s unique volcanic landscape. How many volcanoes are there? When did they erupt and how do we know? Will there be another eruption in Auckland and, if so, where and when? Will we have sufficient warning to evacuate in time? What is a lava cave, a volcanic bomb or a tuff ring? Why were Auckland’s volcanoes such an attraction to early Maori? Why is it that Auckland’s freshest water comes out of our volcanoes? This book answers these and many more questions.
Volcanoes of Auckland is the essential guide for locals and tourists, schoolchildren and scientists, as they climb up Mt Eden or North Head and look around, trying to understand the volcanoes that so shape life in our city.
×