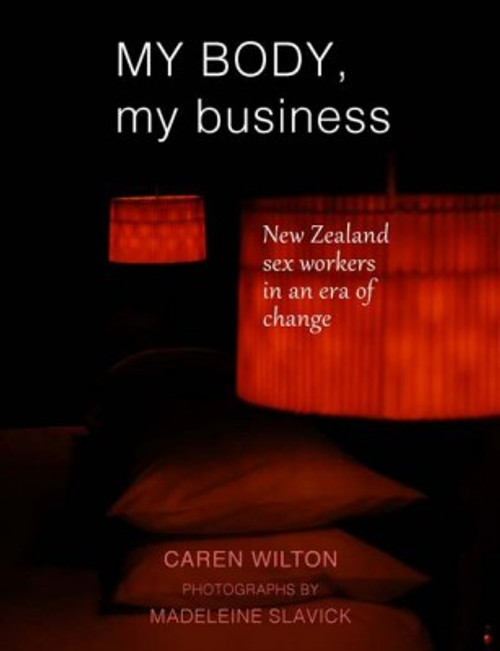 In My Body, My Business, 11 former and current New Zealand sex workers speak frankly, in their own voices, about their lives in and out of the sex industry. Their stories are by turns eye-opening, poignant, heartening, disturbing and compelling.

Based on a series of oral history interviews by Caren Wilton, My Body, My Business includes the stories of female, male and transgender workers; Maori and Pakeha; street workers, workers in massage parlours and upmarket brothels, escorts, strippers, private workers and dominatrices, spanning a period from the 1960s to today. Two of the 11 interviewees still work in the industry. Several have been involved with the New Zealand Prostitutes’ Collective, including long-time national co-ordinator Dame Catherine Healy. Four transgender interviewees tell their stories here, helping to demystify the history of New Zealand’s transgender community, about which little has been published.

Caren Wilton prefaces the book with an introductory essay about the New Zealand sex industry, which in recent times has seen a lot of changes, the most profound being the decriminalisation of prostitution in 2003. Fifteen years on, New Zealand remains the only country in the world to have decriminalised its sex industry. This engaging and highly readable book looks at what the changes have meant for the nation’s sex workers. Wilton’s interviews are here complemented by the work of Wairarapa-based photographer Madeleine Slavick.

My Body, My Business allows the women, men and transgender workers of New Zealand’s sex industry to speak for themselves, telling vivid, compelling stories in fresh, lively voices.

Steven Adams: My Life, My Fight

My First Board Book: My Body (Bilingual)

My Van, My Castle

The Climate Dispossessed: Justice for the Pacific in Aotearoa

Rich Enough: A Laid Back Guide for Every Kiwi