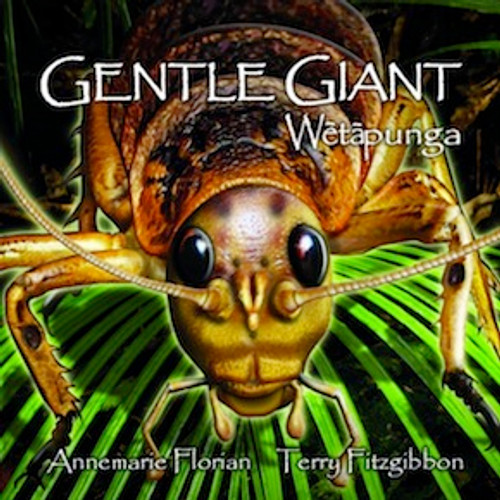 Wetapunga, the giant of the eleven giant weta species, is a deceivingly scary-looking insect, whose recent near-demise has resulted in action taken on many community fronts to save and preserve the species. It's also an exceedingly long-lived species, a dinosaur of the insect world.

The book charts its survival on the New Zealand eco-region following the split from Gondwanaland and reflects on the more recent changes to its environment. It tracks its life-cycle and reveals habitat, diet, dating and mating from a naive pacifist vantage point.

While the hyper-realist illustrations evoke a sense of place and build a sense of big history, the rhythm of the slow-paced writing voice shapes the reader's understanding, and generates intrigue and connectedness to this weirdly fascinating immense insect. This is the 2nd title in The Real Story series.

The Taniwha in our Backyard

The Wonky Donkey and Other Stories: 10 Year Anniversary Edition