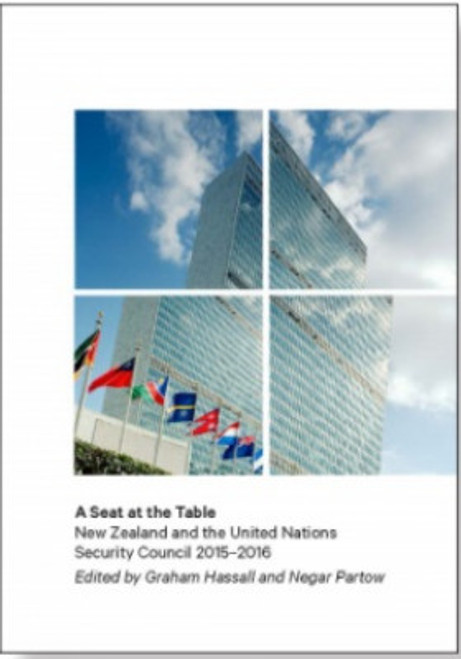 A fascinating insight into the world of global politics.

In 2015 New Zealand began its fourth term as a non-permanent member of the United Nation’s Security Council. Although the Council is sometimes thought of as an old boys’ club of increasingly irrelevant superpowers, this book asks whether there is a role for smaller nations on the Council, and whether they can effect meaningful change for those suffering in war-torn and corrupt countries.

Featuring engrossing chapters by key players, from the Minister for Foreign Affairs at the time, Murray McCully, to NZ President of the Security Council in July 2015 and September 2016, Gerard van Bohemen, this book tracks New Zealand’s term on the UN Security Council and offers real insight into its day-to-day workings.

It details how New Zealand sought to improve the Council’s processes and wrest some power away from the ‘P5’ — US, UK, France, Russia and China. It also reflects on whether other ‘small states’ should follow New Zealand’s example and expend their material and human resources on seeking a seat on the Security Council.

Talking on Water: 50 Years of Broadcasting the Heart of God in NZ

Bounty: Cooking with Vegetables 10 Years of the Garden to Table Trust