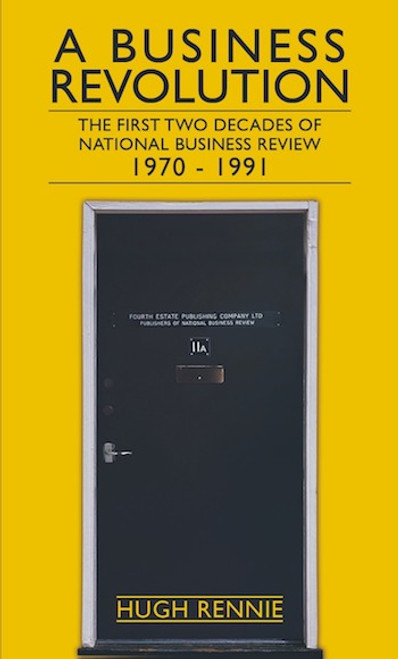 In 1970, National Business Review, commenced publication. This innovative, under-resourced, but courageous fortnightly tabloid had a small initial impact, but within five years was a major weekly publication. Grouped around it were other magazines, books, and newsletters. Launched by young entrepreneur Henry Newrick, it had editorial input from many of the young journalists of the 1960s. NBR became essential business reading while opening a new market to advertisers and setting new standards in journalism.

This memoir, written by one of its founding writers (and the lawyer who fought off legal attacks for many years), is much more than just the story of NBR. It discusses major changes in New Zealand society, politics, the economy, and investigative journalism. It chronicles the way in which a few young New Zealanders with ambition but no money, grew an enterprise which attracted a succession of owners, gained millions in value, and led to its Fairfax-funded launch as a daily paper in1987 which lasting four years. The early lives of many who are now well-known included work for NBR. Its editors from Barrie Saunders, Reg Birchfield and Ian F.Grant, to Bob Edlin,Nevil Gibson, Colin James, Jim Eagles, and Warren Berryman set new standards for business reporting.

The two decades end with the departure of the last of the innovators, the defeat of Fairfax’s bold plans, and its sale to a new owner. NBR returned to a weekly paper which lasted almost another 30 years in print and is still published online. The first two decades of publishing had many exciting times, all captured in this book.

Paul Dibble: A Decade of Sculpture

The Revolution of Man