The Discourse of Protest, Resistance and Social Commentary in Reggae Music 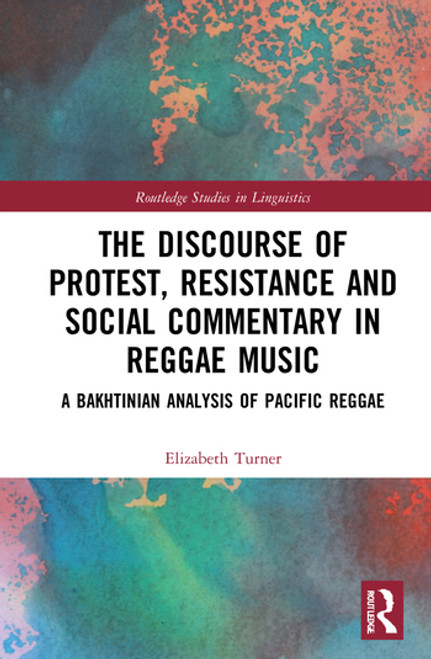 The Discourse of Protest, Resistance and Social Commentary in Reggae Music

A comprehensive, engaging and timely Bakhtinian examination of the ways in which the music and lyrics of Pacific reggae, aspects of performance, a record album cover, and the social and political context construct social commentary, resistance and protest.

Framed predominantly by the theory and philosophy of Russian literary theorist Mikhail Bakhtin, this innovative investigation of the discourse of Pacific reggae in New Zealand produces a multi-faceted analysis of the dialogic relationships that create meaning in this genre of popular music. It focuses on the award-winning record EP What's Be Happen? by the band Herbs, which has been recognised for its ground-breaking music and social commentary in the early 1980s. Herbs' songs address the racism and ideology of the apartheid regime in South Africa and the relationship between sport and politics, as well as universally relevant conflicts over race relations, the experiences of migrants, and the historic and ongoing loss of indigenous people's lands.

The book demonstrates the striking compatibility between Bakhtin's theorisation of utterances as ethical acts and reggae music, along with the Rastafari philosophy that underpins it, which speaks of resistance to social injustice, of ethical values and the kind of society people seek to achieve. It will appeal to a cross-disciplinary audience of scholars in Bakhtin studies; discourse analysis; popular cultural studies; the literary analysis of popular music and lyrics, and those with an interest in the culture and politics of Aotearoa New Zealand and the Pacific region.

Polynesian Syntax and its Interfaces

Culture Crossroads: Dealing with the Pressures and Demands on Pacific Islanders Living in Aotearoa

The Best of e-Tangata, Volume 2