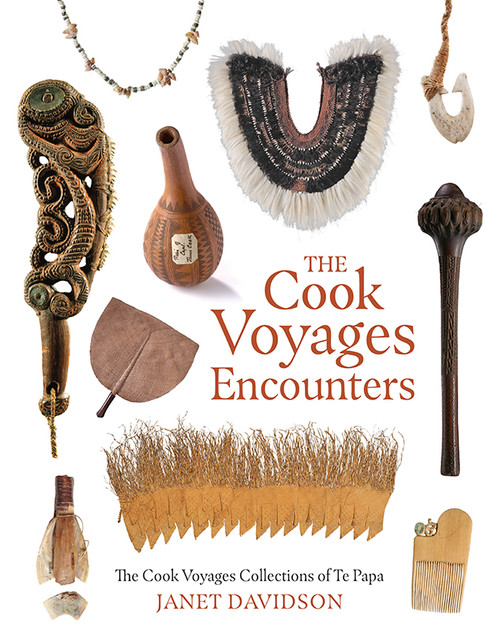 Almost 250 years after James Cook first sighted Aotearoa New Zealand in October 1769, there is still world-wide interest in all aspects of his three voyages of exploration in the Pacific between 1768 and 1779: discovery (by Europeans), astronomy, natural science, and interactions with indigenous communities. For many people, the ‘artificial curiosities’ – works of human manufacture from exotic locations – collected on these voyages by Cook himself and others on his ships, including super-numenaries and servants, have held a particular fascination.

In this handsome book, widely respected Pacific scholar Janet Davidson details the collection of Maori, Pacific and Native American objects associated with the voyages held at the Museum of New Zealand Te Papa Tongarewa, one of the few significant institutional collections that have not been fully described until now.

Richly illustrated and accessibly written, it is a treasure trove.

Discoveries: The Voyages of Captain Cook

The Pacific: In the Wake of Captain Cook

Discoveries: The Voyages of Captain Cook

This Is Not A Grass Skirt