Tattooed History: The Story of Mokomokai 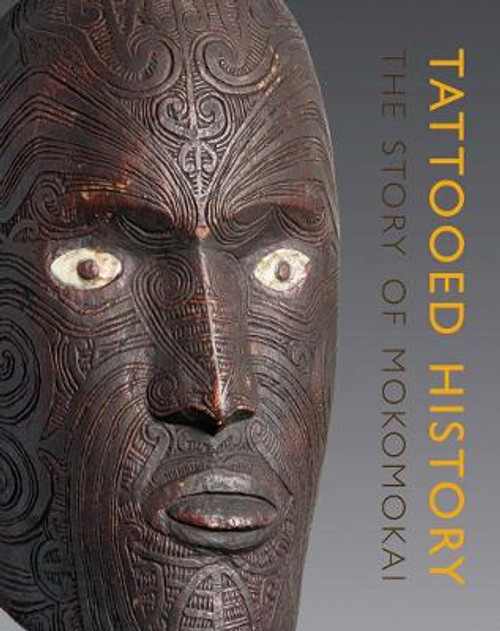 Tattooed History: The Story of Mokomokai

Tattooed History: The Story of Mokomokai is the first book to comprehensively explore the history of these remarkable Maori ancestors. The elaborate facial markings (ta moko) of the Maori are well-known, but less so is the unique process of preserving the tattooed heads of both enemies and loved ones. This work presents many sources, documents and illustrations for the first time to explore its subject in a new and original way. Mokomokai were first encountered by Europeans during the exploration of New Zealand by James Cook. When missionaries, traders and other visitors learnt more about mokomokai they published the first descriptions of how they were preserved and the customs surrounding them. This book examines these early nineteenth century writings and describes how mokomokai were first exhibited to curious foreign onlookers around the same time. The acquisition of mokomokai by outsiders, often in exchange for weapons, is discussed along with how these heads formed part of the earliest collections of museums and other institutions. Once European settlement expanded, the practice of preserving heads ended and there were very few left in New Zealand. While New Zealand established its own first museums they often had to acquire mokomokai from outside the country. This work describes the auction and sale of mokomokai in Britain for a period of over 150 years. It discusses the collecting of mokomokai by such renowned British collectors as Horatio Gordon Robley and W.O. Oldman, who were sometimes the source of mokomokai for New Zealand institutions. The public sale of mokomokai at auction in Britain ended when Maori mounted legal challenges to such sales. These legal strategies are discussed along with how they were replaced by comprehensive repatriation strategies that received government support and are ongoing. Tattooed History presents the 250 year-long story of mokomokai in a new and exciting way, through rich historical and illustrative documentation. This book places these unique remains in the overall context of New Zealand history, the characters who formed part of it, and the emergence of an international market for ethnography after the Second World War.

A History of Language

When Running Made History

The Raupo Phrasebook of Modern Maori