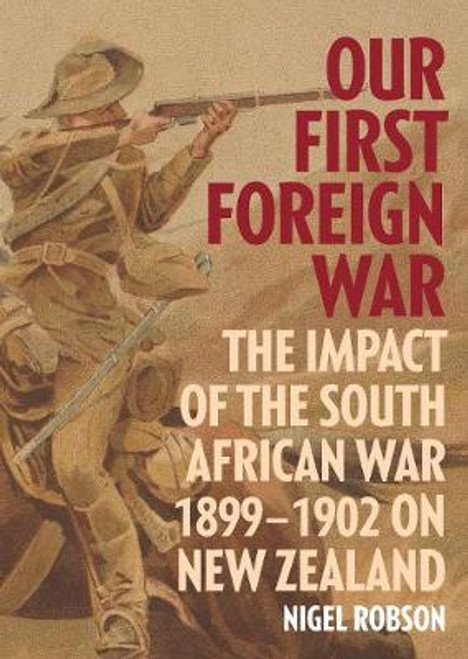 Foreshadowing our unseemly haste to fight for King and Country in 1914, New Zealanders were enthusiastic supporters of the colonial war between Britain and the Boers when it was declared in 1899. The country welcomed the chance to prove itself and its loyalty to the British Empire on an international stage. Our contribution was small - just 6500 troops sent to fight - but our response to the conflict was on a grander scale.

In an outpouring of patriotic sentiment, many thousands followed the stories of the sieges of Mafeking, Kimberley and Ladysmith. There was memorabilia everywhere, and it seemed as if everyone was either raising funds or joining cadet corps, including many women and girls. Little has been written of this important period in New Zealand's history.

This is the first book to offer a finely grained analysis of the nation's perceptions and expectations of the war, Maori responses to the conflict, the effect of war-related deaths, injuries and disease on the country, and its economic impact. It also demonstrates that the building of our national identity through military engagement began well before Gallipoli and the Western Front.

The Rainbow in My Heart

Climate Aotearoa: What's Happening and What We Can Do About it