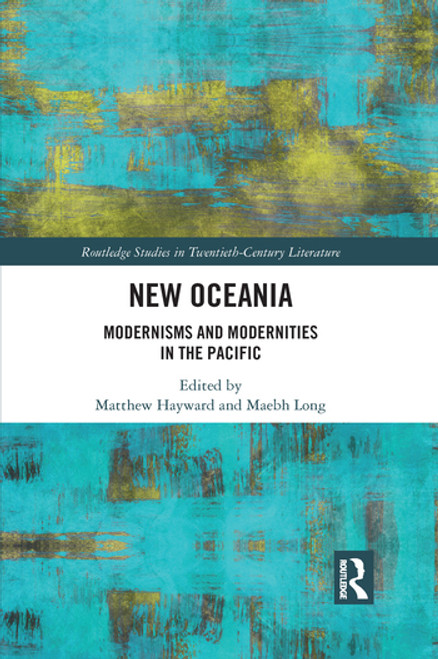 For so long figured in European discourses as the antithesis of modernity, the Pacific Islands have remained all but absent from the modernist studies' critical map. Yet, as the chapters of New Oceania: Modernisms and Modernities in the Pacific collectively show, Pacific artists and writers have been as creatively engaged in the construction and representation of modernity as any of their global counterparts. In the second half of the twentieth century, driving a still ongoing process of decolonisation, Pacific Islanders forged an extraordinary cultural and artistic movement. Integrating Indigenous aesthetics, forms, and techniques with a range of other influences - realist novels, avant-garde poetry, anti-colonial discourse, biblical verse, Indian mythology, American television, Bollywood film - Pacific artists developed new creative registers to express the complexity of the region's transnational modernities. New Oceania presents the first sustained account of the modernist dimensions of this period, while presenting timely reflections on the ideological and methodological limitations of the global modernism rubric. Breaking new critical ground, it brings together scholars from a range of backgrounds to demonstrate the relevance of modernism for Pacific scholars, and the relevance of Pacific literature for modernist scholars.

China and the Pacific: The View from Oceania

She Is Not Your Rehab

Beachcombing: A guide to seashores of the Southern Hemisphere

Butterflies of the South Pacific