My Name is Henry Fanshaw 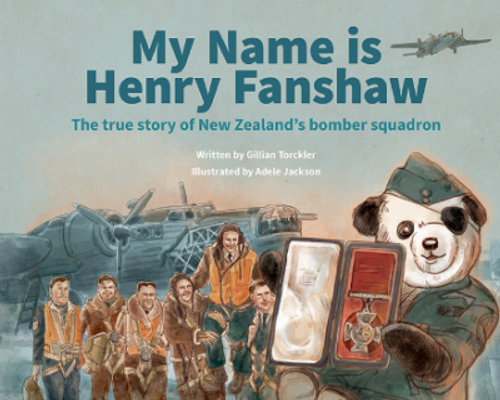 My Name is Henry Fanshaw

The true story of No:75 Squadron during the Second World War, a fighter pilot unit that included many New Zealanders. They flew more bombing missions than any other British heavy bomber unit.

The story is narrated by Henry Fanshaw, a bear who is a member of 75th Squadron and something of a squadron historian.

Steven Adams: My Life, My Fight

My First Board Book: My Body (Bilingual)

Before You Knew My Name

Her Say: Survivors of Domestic Abuse Tell Their Own Stories

This is Where I Stand

Little Kiwi and the Goodnight Sing-Song

Silver Linings: Kiwi Success Stories in the Time of Covid

A Richer You: How to Make the Most of Your Money

Flit The Fantail And The Matariki Map