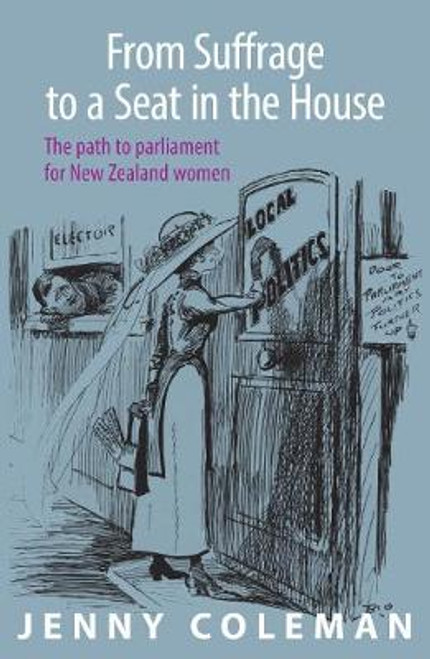 New Zealand has always proudly worn its status of being the first country to enfranchise women. But not many know that it took a further 40 long years to get the first woman elected to Parliament. In fact women were not even entitled to stand as candidates in national elections until 1919 - 26 years after they won the right to vote in those elections. Even then there was resistance, with editor of the Auckland Star stating that it would open the way for 'a class of aggressive females who, thirsting for publicity, would be constantly pushing themselves forward into positions for which they are in no sense fitted'.

The journey 'from the home to the House' was a shamefully protracted one for New Zealand women, as many male parliamentarians who grudgingly accepted the franchise being extended to women staunchly resisted any further progress. Their political machinations and filibustering were highly effective. Eventually, with an additional 130,000 voters enrolled, politicians began to realise that women's votes - and even women's voices - mattered. However, it was not until 1933 that the first woman was elected to the New Zealand Parliament, when Elizabeth McCombs won the Lyttelton seat, following the death of her husband, the sitting MP.

The history of women striving to share in governing the country, a neglected footnote in the nation's electoral history, is now captured in this essential work by Jenny Coleman. She has drawn on a wide range of sources to create a rich portrayal of a rapidly evolving colonial society in which new ideas and social change were in constant friction with the status quo.

The Good, The Bad and the Downright Ugly Side of New Zealand Business

The Bookseller at the End of the World

I am Autistic: An interactive and informative guide to autism (by someone diagnosed with it)