A Queer Existence: The Lives of Young Gay Men in Aotearoa New Zealand 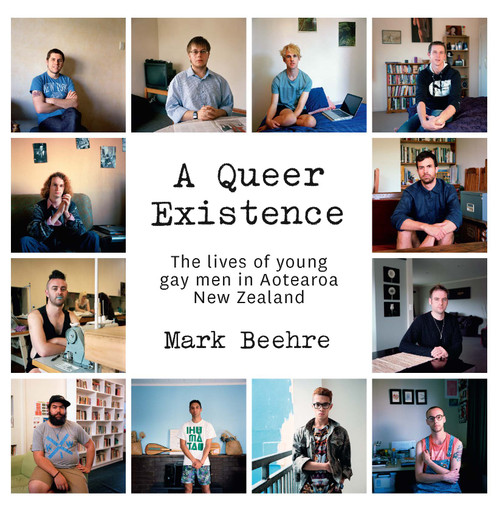 A Queer Existence: The Lives of Young Gay Men in Aotearoa New Zealand

A Queer Existence is a major documentary project that uses photographic portraiture and oral history to record the life experiences of a group of 27 gay men born since the passing of the Homosexual Law Reform Act in 1986. In New Zealand, discrimination in work was outlawed in 1993, same-sex relationships were granted legal recognition in 2005, and marriage equality followed in 2013. In 2018 Parliament apologised to those whose lives had been blighted by criminal prosecution for expressing their sexuality. As a result, these men have life experiences very different to earlier generations of gay New Zealand men. Even so, gay men growing up today may continue to feel stigmatised, and for many coming out is still a major hurdle. Candid, powerful and affecting, the first-person narratives of A Queer Existence form a valuable and unique insight into how gay men continue to have to step out of the main stream and face their own challenges as they forge their queer identities.

How Should We Live?: Everyday Ethics in Aotearoa New Zealand

It Takes a Village: A Guide to Matakana and its Surrounding Districts

Conversatio: In the Company of Bees

The Best of e-Tangata, Volume 2

The Greatest Haka Festival on Earth