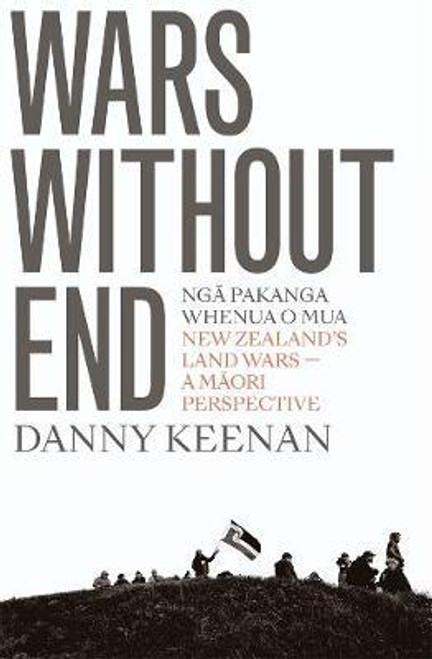 From the earliest days of European settlement in New Zealand, Māori have struggled to hold on to their land. Tensions began early, arising from disputed land sales. When open conflict between Māori and Imperial forces broke out in the 1840s and 1860s, the struggles only intensified. For both sides, land was at the heart of the conflict, one that casts a long shadow over race relations in modern-day New Zealand.

Wars Without End is the first book to approach this contentious subject from a Māori point of view, focusing on the Māori resolve to maintain possession of customary lands and explaining the subtleties of an ongoing and complex conflict. Written by senior Māori historian Danny Keenan, Wars Without End eloquently and powerfully describes the Māori reasons for fighting the Land Wars, placing them in the wider context of the Māori struggle to retain their sovereign estates.

The Land Wars might have been quickly forgotten by Pākeha, but for Māori these longstanding struggles are wars without end.

New Zealand Between the Wars

Empire and the Making of Native Title : Sovereignty, Property and Indigenous People

One Sun in the Sky: The Untold Story of Sovereignty and the Treaty of Waitangi

Beyond Burnout: How to Spot It, Stop It and Stamp It Out