James Cook: The Story Behind the Man Who Mapped the World 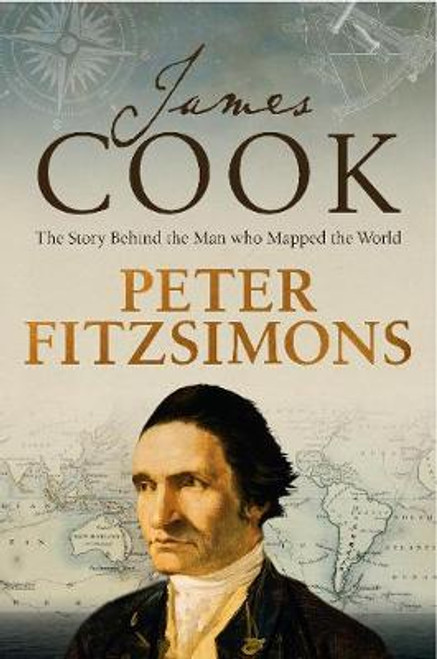 James Cook: The Story Behind the Man Who Mapped the World

The name Captain James Cook is one of the most recognisable in Australian and New Zealand history - an almost mythic figure who is often discussed, celebrated, reviled and debated. But who was the real James Cook? This Yorkshire farm boy would go on to become the foremost mariner, scientist, navigator and cartographer of his era, and to personally map a third of the globe. His great voyages of discovery were incredible feats of seamanship and navigation.

Leading a crew of men into uncharted territories, Cook would face the best and worst of humanity as he took himself and his crew to the edge of the known world - and beyond. With his masterful storytelling talent, Peter FitzSimons brings the real James Cook to life. Focusing on his most iconic expedition, the voyage of the Endeavour, where Cook first set foot on Australian and New Zealand soil, Fitzsimons contrasts Cook against another figure who looms large in Australasian history: Joseph Banks, the aristocratic botanist. As they left England, Banks, a rich, famous playboy, was everything that Cook was not. The voyage tested Cook's character and would help define his legacy.

Now, 240 years after James Cook's death, Fitzsimons reveals what kind of man James was at heart. His strengths, his weaknesses, his passions and pursuits, failures and successes. James Cook reveals the man behind the myth.

The Voyages of Captain James Cook

Godley: The Man Behind the Myth

Mozart: The Man Behind the Music

Let It Go: Emotions are Energy in Motion

Where the Truth Lies

Talking on Water: 50 Years of Broadcasting the Heart of God in NZ

Rush to Riches: Kauri and Gold