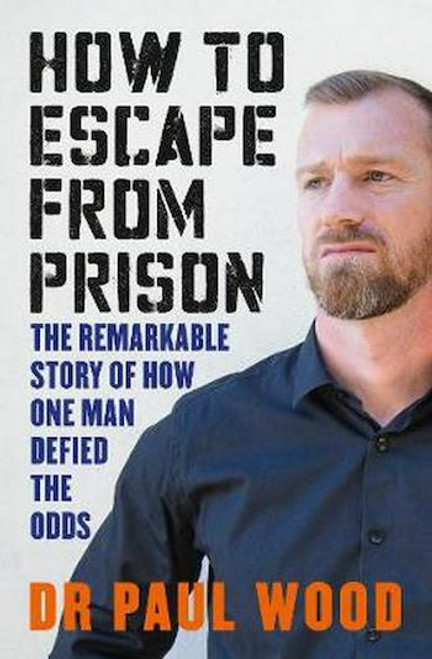 As an 18-year-old, Dr Paul Wood was completely off the rails. He wasn't coping with the impending death of his mother, he was dependent on drugs, and was an unemployed high-school dropout committing crimes to feed his habit. Two days after his mother died he lost control when his then drug dealer attempted to assault him. He then spent 11 years in some of New Zealand's toughest prisons. But after a series of remarkable events, including a enlightening encounter with a criminal safe-cracker, Paul became the first person in New Zealand to progress through undergraduate studies to attain a bachelor's and master's degree in prison, and was the first person to begin a doctorate while still incarcerated.

In this awe-inspiring book, Dr Paul Wood shares his life of crime, his time behind bars and his pathway to freedom. How to Escape from Prison is about survival, self-control, education, and using adversity to your advantage. It is a book about how to identify your own personal prison, and the five steps to freedom Paul has developed for his programme called What's Your Prison?

Through his own experience behind bars, Paul became aware of the fundamental issues people face when trying to create change. He says that 85% of the decisions we make every day are made while on auto-pilot. You can either arrive at your death-bed on autopilot or you can make conscious changes to your life. His academic study in the fields of human behaviour, development and industrial and organisational psychology led him to establish a way of thinking about who we are as individuals and our capacity to overcome our greatest challenges.

Part memoir, part guide on how to escape from prison, this is a incredible, gripping read about a man who reached the depths of overwhelming despair, to the heights of true freedom.

The New Biological Economy: How New Zealanders are Creating Value from the Land

Show Day: A Story from the Island of Niue

The Unlikely Escape of Uriah Heep

A Declaration of the Rights of Magicians