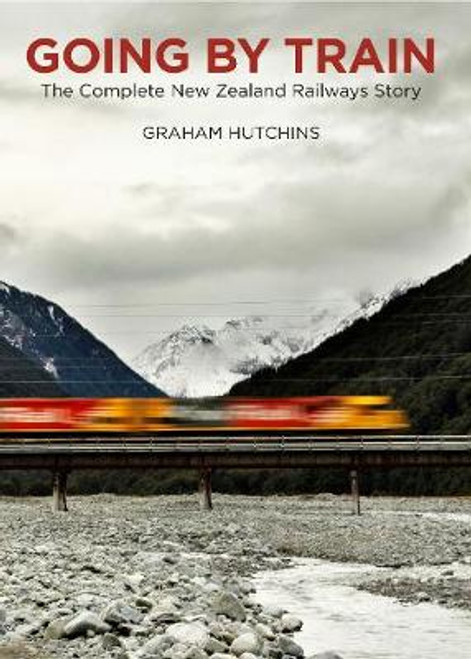 Railways played a pivotal part in the development of New Zealand's economy, towns and cities, and helped shape a distinctive culture. This is a comprehensive account of our railways story, from the earliest days of the colony, through rail's growth and golden days, slow decline and recent resurgence.

Going by Train details New Zealand's railway development from its beginnings to completion of the main trunk, provincial and urban networks and the numerous branch lines reaching far-flung corners of the country. By the 1930s and '40s, railways dominated travel and became part of the national way of life, with trains for all passengers and occasions.

Graham Hutchins, who grew up in a railway town and spent many years working on the railways, recounts the locomotives, the lines, the people and personalities in rail's colourful history. With competition from road transport, rail's golden glow began to fade, with line closures, corporatization and reduced investment. But with renewed interest, its time has come again, with growth in tourist and commuter travel, line redevelopment and heritage restoration.

My Life in Public Health

Being Me: Journal for Kids

Little Hector and the Big Idea