God is Samoan: Dialogues Between Cultures and Theology in the Pacific 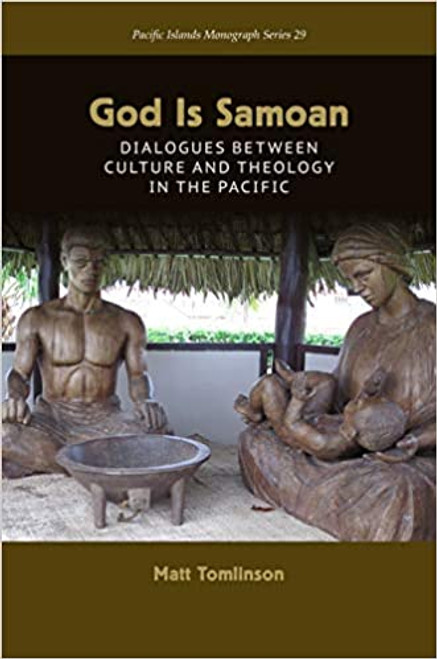 God is Samoan: Dialogues Between Cultures and Theology in the Pacific

Christian theologians in the Pacific Islands see culture as the grounds on which one understands God. In this pathbreaking book, Matt Tomlinson engages in an anthropological conversation with the work of contextual theologians , exploring how the combination of Pacific Islands culture and Christianity shapes theological dialogues.

Employing both scholarly research and ethnographic fieldwork, the author addresses a range of topics: from radical criticisms of biblical stories as inappropriate for Pacific audiences to celebrations of traditional gods such as Tagaloa as inherently Christian figures. This book presents a symphony of voices-engaged, critical, prophetic-from the contemporary Pacific's leading religious thinkers and suggests how their work articulates with broad social transformations in the region. Each chapter in this book focuses on a distinct type of culturally driven theological dialogue. One type is between readers and texts, in which biblical scholars suggest new ways of reading, and even rewriting, the Bible so it becomes more meaningful in local terms. A second kind concerns the state of the church and society. For example, feminist theologians and those calling for prophetic action on social problems propose new conversations about how people in Oceania should navigate difficult times. A third kind of discussion revolves around identity, emphasizing what makes Oceania unique and culturally coherent. A fourth addresses the problems of climate change and environmental degradation to sacred lands by encouraging eco-theological awareness and interconnection.

Finally, many contextual theologians engage with the work of other disciplines' prominently, anthropology-as they develop new discourse on God, people, and the future of Oceania. Contextual theology allows people in Oceania to speak with God and fellow humans through the idiom of culture in a distinctly Pacific way. Tomlinson concludes, however, that the most fruitful topic of dialogue might not be culture, but rather the nature of dialogue itself.

Written in an accessible, engaging style and presenting innovative findings, this book will interest students and scholars of anthropology, world religion, theology, globalization, and Pacific studies.

Stories From Our Back Roads: South Island