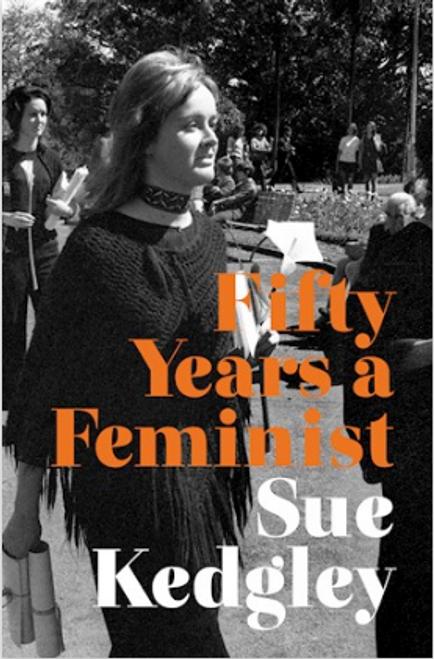 In 1971, Sue Kedgley and a group of other young feminists carried a coffin into Auckland's Albert Park to protest against decades of stagnant advancement for New Zealand women since they won the right to vote in 1893. From that day she became synonymous with Second Wave feminism in this country, most notably organising a tour by Germaine Greer that ended in an arrest and a court appearance.

In this direct, energetic and focused autobiography, Kedgley tracks the development of feminism over the last five decades and its intersection with her life, describing how she went from debutante to stroppy activitst, journalist, safe-food activist and Green politician. Her rich and rewarding life has included encounters with Betty Friedan, Yoko Ono, Kofi Annan, Sofia Davies and the Dalai Lama, and she has never abandoned her feminist convictions. She regrets that there is still a culture of male entitlement, sexism and double-standards, and that women are still victims of violence. Even so, she argues, feminism has achieved an extraordinary amount. Fifty years ago, women were a sort of underclass. Now they have entered almost every sphere of national life, even if many pay a high price for their hard-won success.
Thanks to the movement, Kedgley says, after centuries of subjugation, women are finally coming into their own. It is their time now, and their turn.

Sportsman of the Year

That F Word: Growing Up Feminist in Aotearoa