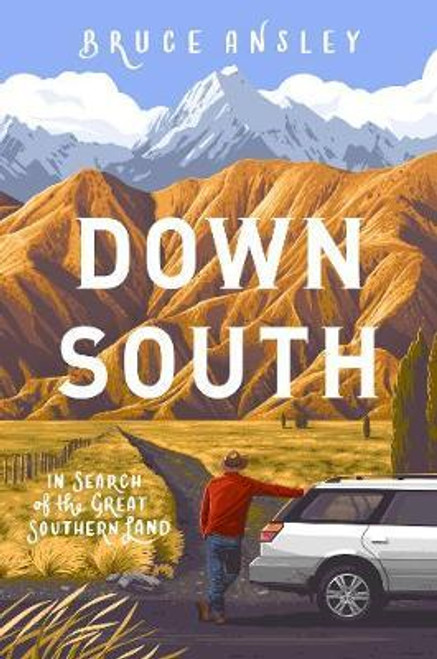 In Down South, writer Bruce Ansley goes on a journey of rediscovery, back to his beloved South Island. From Curio Bay in Southland to Totaranui in Golden Bay, this is both a provocative history and a vast expedition across the land once known as Middle Island, as Ansley visits the places and people who hold the clues to the South's famous character.

Not so very long ago, the South Island had most of New Zealand's people and just about all of the money. Gold miners found fortunes in the hills and rivers, sheep barons bestrode mountains, valleys and plains. Wealthy southerners ruled the embryonic government. Where now lies the South Island's golden fleece? And what is its future?

Bruce Ansley has spent much of his life in the South Island. He was raised in New Brighton, Christchurch, and has lived in Dunedin, Christchurch, the Marlborough Sounds and Golden Bay. He has grown up with the south's people, its cities, towns, rivers, mountains, rivers, bush and plains. He has picked tobacco in Motueka, been a commercial fisherman in Fiordland and a deer farmer on Banks Peninsula. He has worked in radio, television and newspapers there and for almost quarter of a century was the Christchurch-based writer for the NZ Listener magazine. As a writer, tramper and traveller, and being professionally nosey, he has poked into many corners of the island, although nowhere near all of them: He finds the south and its people endlessly fascinating. There's always something new, or fresh, or interesting, or just reassuring to discover. He now lives on Waiheke Island to be close to his family, but his heart remains in the south.

Counting in the South Pacific

Reading in the South Pacific

Down by the Bay

Butterflies of the South Pacific

Upstream on the Mataura: A Fly Fisher's Journey to Source

Me, According to the History of Art

This Is Not How It Ends

An Exquisite Legacy: The Work and Art of New Zealand Naturalist G.V. Hudson

Ko Aotearoa Tatou: We Are New Zealand (An Anthology)

It's in the Post! Awesome letterboxes from around New Zealand