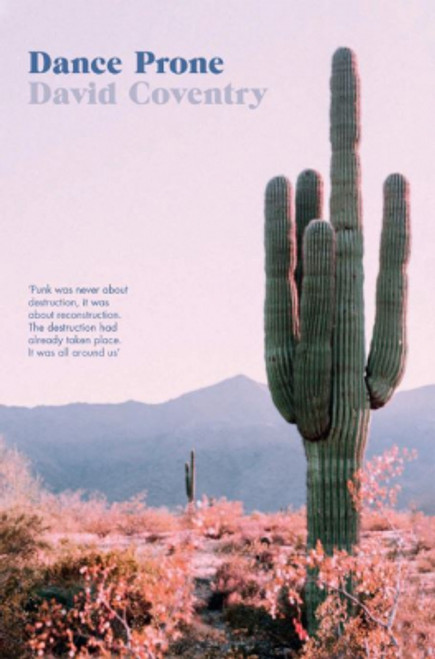 During their 1985 tour, two events of hatred and stupidity forever change the lives of a band's four members. Neues Bauen, a post-hardcore Illinois group homing in on their own small fame, head on with frontman Conrad Wells sexually assaulted and guitarist Tone Seburg wounded by gunshot. The band staggers forth into the American landscape, investigating each of their relationships with history, memory, authenticity, and violence.

With decades passed and compelled by his wife's failing health to track down Tone, Conrad flies to North Africa where her brother is rumoured to be hiding with a renowned artist from their past. There he instead meets various characters including his former drummer, Spence. Amongst the sprawl and shout of Morocco, the men attempt to recall what happened to them during their lost years of mental disintegration and emotional poverty.

Dance Prone is a novel of music, ritual and love. Set simultaneously during the post-punk period and the narrative present of 2019, Dance Prone was born out of a love of the underground and indie rock scenes of the 1980s, a fascination for their role in the cultural apparatus of memory, social decay and its reconstruction.

Performing Masculinity: Body, Self and Identity in Modern Fiji

A Separate Authority (He Mana Motuhake), Volume I