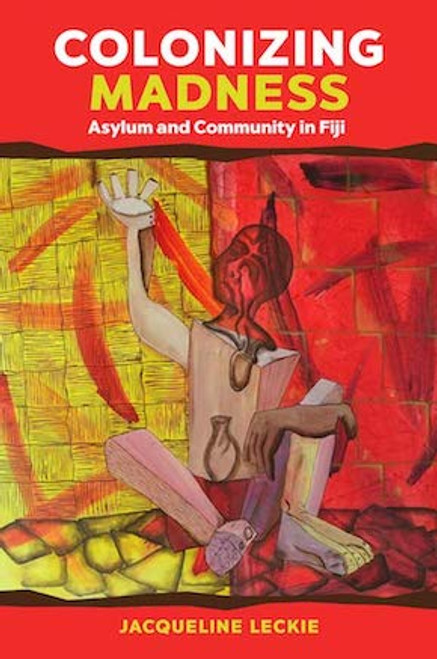 In Colonizing Madness Jacqueline Leckie tells a forgotten story of silence, suffering, and transgressions in the colonial Pacific. It offers new insights into a history of Fiji by entering the Pacific Islands' most enduring psychiatric institution-St Giles Psychiatric Hospital-established as Fiji's Public Lunatic Asylum in 1884. Her nuanced study reveals a microcosm of Fiji's indigenous, migrant, and colonial communities and examines how individuals and communities lived with the label of madness in an ethnically complex island society.

Tracking longitudinal change from the 1880s to the present in the construction and treatment of mental disorder in Fiji, the book emphasizes the colonization of madness across and within the divides of culture, ethnicity, religion, gender, economics, and power. Colonization of madness in Fiji was forged by the entanglement of colonial institutions and cultures that reflected tensions and prejudices within homes, villages, workplaces, and churches. Mental despair was equally an outcome of the destruction and displacement wrought by migration and colonialism. Madness was further cast within the wider world of colonial psychiatry, Western biomedicine, and asylum building. One of the chapters explores medical discourse and diagnoses within colonial worlds and practices. The "community within" the asylum is a feature in Leckie's study, with attention to patient agency to show how those labeled insane resisted diagnoses of their minds, confinement, and constraints-ranging from straitjackets to electric shock treatments to drug therapies. She argues that madness in colonial Fiji reflects dynamics between the asylum and the community, and that "reading" asylum archives sheds new light on race/ethnicity, gender, and power in colonial Fiji.

Exploring the meaning of madness in Fiji, the author does not shy away from asking controversial questions about how Pacific cultures define normality and abnormality and also how communities respond. Carefully researched and clearly written, Colonizing Madness offers an engaging narrative, a superb example of an intersectional history with a broad appeal to understanding global developments in mental health. Her theses address the contradictions of current efforts to discard the asylum model and to make mental health a reality for all in postcolonial societies.

Pursuing Respect in the Cannibal Isles

Cultures of the World: Fiji

This Is Not A Grass Skirt

The Gifts of Pai and Vau (Meaalofa a Pai mo Vau)