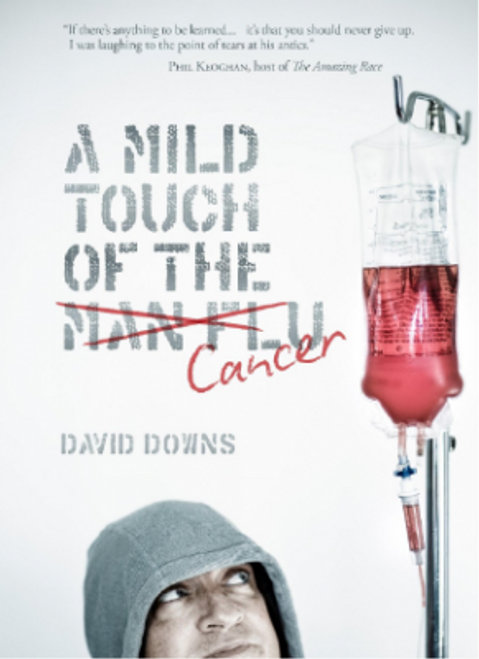 A hilarious tale of optimism and positivity in the face of one of life’s greatest challenges, by a self-proclaimed Genetically Modified Optimist.

An amazing account of David’s battle with terminal cancer, as documented in a highly successful blog, with over 100,000 followers. (Spoiler alert – he lived.) With guest sections by some of NZ’s most well-known comedians, including Jeremy Corbett, Michele A’Court and Paul Ego, and an introduction by ‘The Amazing Race’s Phil Keoghan.

Written with joy, curiosity and humour, this isn’t a story about cancer, it’s a story about living with optimism.By the successful author of popular books No.8 Rewired and No.8 Recharged.

Profits from the book’s sale going to charity.

I Am More Than Just my Tits: Surviving Breast Cancer

Things in the Sea Are Touching Me!

I Am More Than Just my Tits: Surviving Breast Cancer

Being Me: Journal for Kids