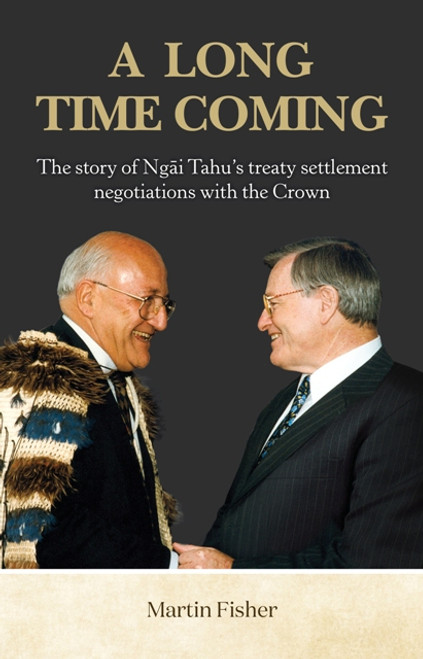 The Ngāi Tahu settlement, like all other Treaty of Waitangi settlements in Aotearoa New Zealand, was more a product of political compromise and expediency than measured justice. The Ngāi Tahu claim, Te Kerēme, spanned two centuries, from the first letter of protest to the Crown in 1849 to the final hearing by the Waitangi Tribunal between 1987 and 1989, and then the settlement in 1998. Generation after generation carried on the fight with hard work and persistence and yet, for nearly all Ngāi Tahu, the result could not be called fair.

The intense negotiations between the two parties, Ngāi Tahu and the Crown, were led by a pair of intelligent, hard-nosed rangatira, who had a constructive but often acrimonious relationship – Tipene O’Regan and the Minister of Treaty Negotiations Doug Graham – but things were never that simple. The Ngāi Tahu team had to answer to the communities back home and iwi members around the country. Most were strongly supportive, but others attacked them at hui, on the marae and in the media, courts and Parliament. Graham and his officials, too, had to answer to their political masters. And the general public – interested Pākehā, conservationists, farmers and others – had their own opinions. In this measured, comprehensive and readable account, Martin Fisher shows how, amid such strong internal and external pressures, the two sides somehow managed to negotiate one of the country’s longest legal documents.

‘A Long Time Coming’ tells the extraordinary, complex and compelling story of Ngāi Tahu’s treaty settlement negotiations with the Crown. But it also shines a light, for both Māori and Pākehā, on a crucial part of this country’s history that has not, until now, been widely enough known.

The Butterfly and the Mountain (English)

Volcanic Kitchens: A Collection of Recipes, Stories and Photographs